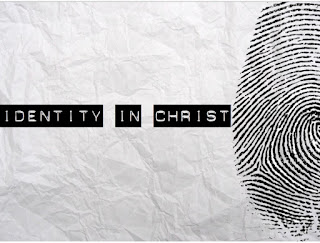 5/23/2020... I dreamed I met President Trump in the middle of an obstacle course... He appeared out of nowhere and climbed into a tall director’s chair presiding over the race... I ran excitedly before his high sitting chair and said, “My present is your presence!”

Then I woke up, slightly annoyed, thinking I should have said ‘presidence’ not ‘presence' which was missing the ‘ID’ (and yes, ‘presidence’ is an obsolete word)!

First, the tall, 'high-chair...' Along with my ‘missing ID’ observation, this may signify someone still growing into his ‘ID’ or full identity in Christ... an Apprentice if you will?  Albeit from the Exec. Director's chair! But, who am I to judge?  I'm the one who flubbed my line missing the ID, right?  Could it be I, too, am still growing and running the race at my own pace? Indeed, as every Christian should be continually growing in Christ...

Next, IDENTITY politics are currently raging and ironically masquerading around the country... But here the 'missing ID' factor is exponentially more dangerous... Spiritually speaking, when you don't know who you are, you are easy prey for the enemy- or should I say ENTITY without the ID-? Make no mistake, there are entities behind these divisive politics tearing our country apart... Does 'divide and conquer' ring a bell?
I smell an agenda... to sway a Presidential race... by deceiving a race into measuring their worth against a false narrative of systemic racism.  If the system is racist, how did President Obama rise to the top of that system?  And get re-elected by that same system? Eternally more important, the most innocent man in history was brutally beaten and crucified by a mob. Did His disciples respond with rioting, looting  temples?  Of course not, for they identified as Godly men...They knew who they were in the Spirit of Christ and His Father, the great I AM... and it was their response that changed the world!
Lastly, in these latter days, might the ‘missing ID’ soon present itself through a certain, digital ID steadily creeping us?  It does seem that's all that's missing to complete this obstacle course presidency!  The implantable, microchip ‘ID’ has been called ‘the future’ of E-commerce and is poised for ‘bionic banking’ and disturbingly more... See NBCNightlyNews together with Microsoft’s Cryptocurrency Patent#2020-060606 and the literally ‘ill-conceived’ COV-ID launched TRACE Act HR6666.

"This calls for wisdom. Let the person who has insight calculate the number of the beast, for it is the number of a man. That number is 666." Rev.13:18

He who has insight, calculate... Do the math, connect the dots and follow the money...
‘The third angel followed... saying with a loud voice, If any man worship the beast... or receive his mark in his forehead or in his hand, The same shall drink of the wrath of God.’ Rev.14:9-10
To this ‘mark,’ I say mark my words... There will be no false ID on me when Christ returns.  As the Father is in the Son, and He is in me, HE is MY IDENTITY.+
"May they all be as one, as you, Father, are in me and I am in you. May they also be in us, so that the world may believe.” John 17:21
Posted by Mary Beth Lavin at 10:31 AM No comments: 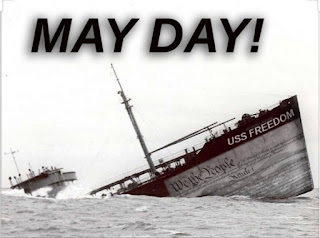 Early yesterday morning, just before waking, I heard the words, "Now the discrepancy of power ensues..."

I quickly wrote it down before seeing a disturbing email from my father on potential ‘deep state’ plans to vaccinate every American (and human) against COVID-19.  The faith-based article describes a plan in which a global vaccination would theoretically be combined with a sort of 'Immunity Passport' through implantable, micro-chip/digital ID technology (long underway! see NBC Nightly News  2017).  This 'Immunity Passport' would then become increasingly essential in order to work, travel, buy, sell or conduct of any kind...

“Now the discrepancy of power ensues..."

Is this an evil power of coercion sneaking up on us??

As this alert came promptly on the first of May, I can only think 'May Day!'...May God help us! +

Posted by Mary Beth Lavin at 11:57 PM No comments: