I had the most awesome trip to Israel last week... On a 36 hr. layover, I managed to meet a new Muslim friend on the way to Jerusalem where I had dinner with my Christian friend (a Catholic priest, no less ;-) then made a Jewish friend the next day in Jaffa! What a tri-cultural trip! The "3" of them made me remember my first trip to Israel a couple years ago, when an ATM gave me 300 shekels instead of the 400 I requested (300 was not even an option)... then later that day I opened my Bible to see "...to Benjamin he gave three hundred shekels of silver..."(Gen. 45:22) ...I still have that ATM receipt!! 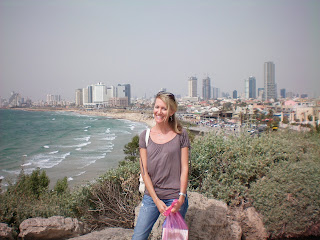 View of Tel Aviv from Jaffa... 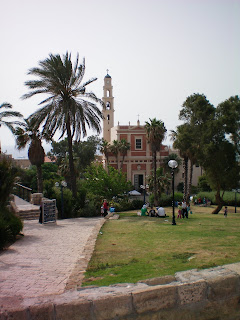 St. Peter's of Jaffa, so named because Tabitha was resurrected in Jaffa by the hand of Peter who later had a vision (in Jaffa) teaching him to make no distinction between Gentiles and Jews. 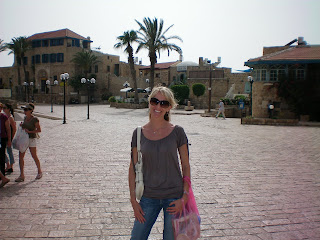 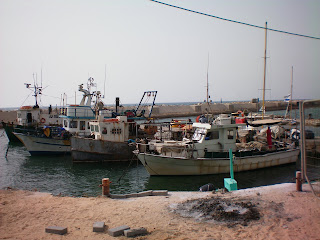 The oldest port in the world... Jonah set sail from here! ...and King Solomon received the cedars from Lebanon, here, for the building of the Temple (both the first & the second) in Jerusalem. 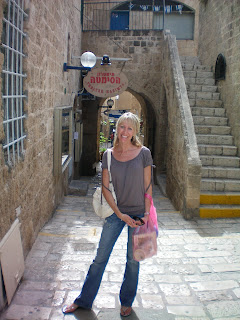 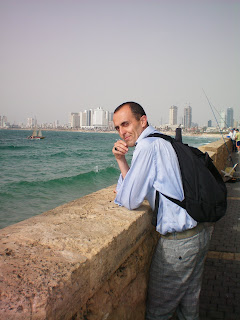 I went to San Diego for my cousin’s wedding last week... The wedding was held on the Naval Submarine base, since my cousin is in the Navy and her father a retired Captain and Chief of Staff of this particular Naval base! Anyway, my uncle was kind enough to arrange a private submarine tour during our stay...

In short, the tour was absolutely amazing... The infinite number of control boards, computers, knobs and buttons everywhere you turn for the entire length of the submarine and on multiple levels (not to mention a few serious missiles here and there!) was utterly overwhelming... The crew of the USS Jefferson City gave us the royal treatment and freedom to tour nearly every part of the ship– barring the nuclear power facility and a few other classified nooks and crannies! Of course, it didn’t hurt that my uncle was in full uniform with plenty of stars, stripes and ribbons! I was so proud as he crossed the platform, honorably saluted and grandly announced with four bells (which ironically means “emergency” on an aircraft– but I guess having a Captain drop in for a visit can certainly be considered an “emergency” to some!)

After an experience like this one, I am truly at a loss for words to express my gratitude to all our service men and women who spend their lives defending ours... So if you are one of those in service, no matter how many stripes you have or what color they are... I respectfully and gratefully salute you... 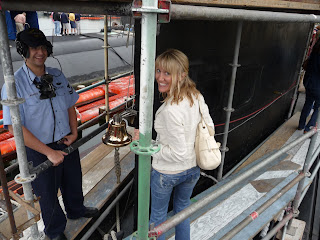 No bells for the stewardess... darn! 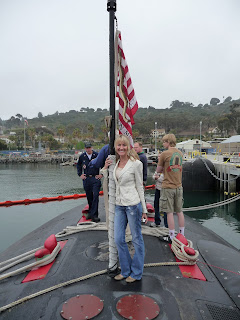 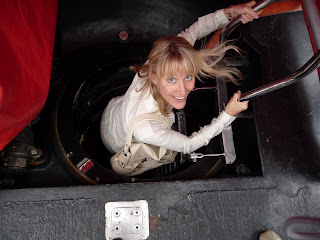 Going down the hatch...this is harder than it looks! 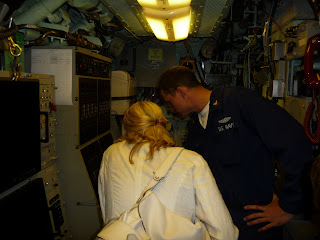 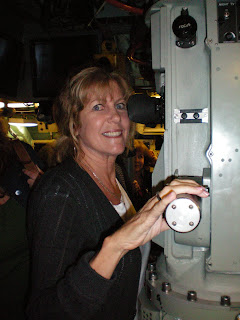 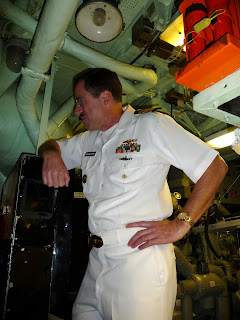 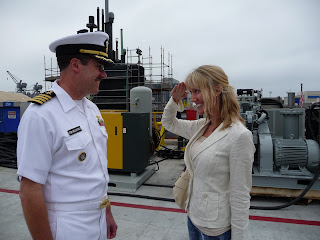 Last night I had a dream about stripes... (For the precursor to this, see my “wings” dream!)

In my dream, I saw a white blazer sleeve with four white stripes... and I heard a voice talking about blue stripes vs. white stripes... The white ones were of a much higher rank- though nearly invisible on a white sleeve... Then I heard the voice say that some people go after the lower ranking blue stripes simply because they are more visible. And then I heard one last word on stripes- as in the ones Jesus suffered before moving way up the ranks...!

I think it’s pretty clear who the four striped “Captain” in white is, here... and what He’s saying: No visible stripe on a uniform will ever secure a position in His ranks. To the contrary, the invisible stripes that He alone can award are the ones that matter most. And stripes of persecution “for righteousness’ sake” are indeed the highest ranking of all...
Posted by Mary Beth Lavin at 7:22 PM 2 comments: